EH-Valencia is created at the Universitat de València, under the name of Área de Historia e Instituciones Económicas.

Master in Development, Institutions and Economic Integration
(not offered since 2017-18)

Plan of 2010 and 4-year undergraduate degrees (end of Licenciaturas). 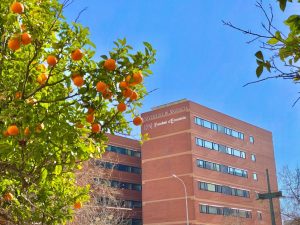 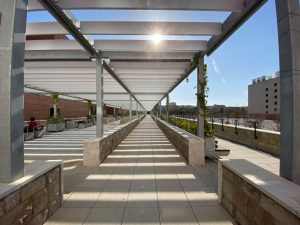 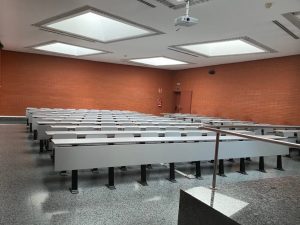 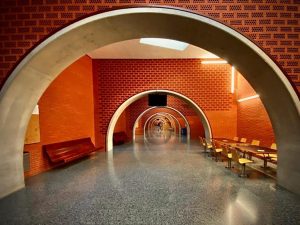 The teaching of Economic History at the Universitat de València

The Centro Universitario de Estudios Económicos de Valencia (CUEE), precedent of the current Facultat d’Economia began its journey in the academic year 1966-1967, adopting the Plan of 1953 in anticipation of its future constitution as a Facultad. The first lecturer responsible for the World Economic History course was Álvaro Castillo Pintado, former assistant of Fernand Braudel -one of the leading exponents of the Annales School- at the Centre National de la Recherche Scientifique (France).

In the 1967-1968 academic year, with the introduction of the Spanish Economic History course in the second year of the Licenciatura (a 5-year degree), Jordi Nadal Oller became the first professor in Economic History. In the following year, historian Enric Sebastià Domingo joined as assistant professor, although he was expelled due to his anti-Francoist militancy in 1970. In that same year, when the History of Economic Doctrines course was implemented in the last year of the Licenciatura – at that time still ascribed to the Department of Economic Theory-, Ernest Lluch i Martín took charge of the teaching as an interim associate professor. He became full professor in 1974 and remained at the recently created Facultad de Ciencias Económicas y Empresariales (1972) until 1981, two years after his re-election as a member of parliament for Socialistes per Catalunya. In 1982, Lluch became Minister of Health and Consumption of the Government of Spain during the first term of Felipe González. He was assassinated in 2000 by the terrorist group ETA for his tireless defense of dialogue as a solution to the Basque conflict. In addition, Màrius García Bonafé (1970), Santiago Lanzuela Marina (1971-1973) and Clementina Ródenas Villena (1972-2010) were hired as assistant professors.

During the 1970s, marked by the Plan of 1973, prestigious economic historians such as Emiliano Fernández de Pinedo, Ramón Garrabou i Segura (until 1982), Josep Fontana i Lázaro (1974-1976) and Gabriel Tortella Casares (1978-1980) joined the economic history group. Professors Fontana and Tortella held their chairs in Valencia for a while. Josep Fontana’s imprint is recognizable in the lines of research about the crisis of the Ancien Régime, as specified in the 1973-1975 academic year memoirs. Vicente Martínez-Santos Isern and García Bonafé -who moved to special services at the IVEI since the mid-1980s- studied the Valencian industrialization, while Ródenas and Miguel Ángel Fabra Sánchez explored the financial dimension of Valencian economic growth. Regional studies of that decade in the spirit of Fontana had continuity in the works of Enric Mateu Tortosa (1980-2010), Javier Vidal Olivares and Ramiro Reig Armero (1982-2006). The latter introduced business history and the history of social movements. For his part, Gabriel Tortella, who by then had published Los orígenes del capitalism en España (1973), had obtained his PhD at the University of Wisconsin and a degree in Law at the Universidad Autónoma de Madrid. His contribution was the introduction of quantitative analysis of historical phenomena. In this sense, the work of Jordi Palafox Gamir (1975, professor in 1988) stands out, as he would channel the implementation of these research techniques for the dissemination of the New Economic History.

The Area of History and Economic Institutions was ultimately established in 1983, under the University Reform Law. In 1986, History of Economic Thought separated from Economic Theory -which would unite Econometrics and Economic Theory in a single Area of Foundations of Economic Analysis- and joined the Economic History group. Both Areas were brought together in a single Department of Economic Analysis, which today retains the same structure. The Economic History faculty staff was reinforced until the Plan of 1993 was implemented with Antonio Cubel Montesinos (1986), Salvador Calatayud Giner (1987), Concepción Betrán Pérez (1987, professor in 2018), María Ángeles Pons Brías (1987, professor in 2020), Daniel Aurelio Tirado Fabregat (1988-1992), Joaquín Azagra Ros (1989-2019) and María Teresa Sanchis Llopis (1991). The textbook Curso de Historia Económica (Tirant lo Blanch, 1999), coordinated by Professor Palafox, was designed in response to the needs of the 2000 Curriculum Plan and was one of the first textbooks dedicated to the teaching of economic history in Spain, as a result of the cooperation between the teachers in that generation.

In 2000, the merge of the Faculty with the Escuela Universitaria de Estudios Empresariales meant the integration of Economic History professors who worked in the latter -Justo Navarro, Margarita Vila and José Manuel Iborra- to teach at the newly created Facultat d’Economia. Between 2006 and 2017, the Area offered a Master in Development, Institutions and Economic Integration. Since 2010, the teaching and research staff has been reinforced with Daniel A. Tirado Fabregat (2010; professor in 2017) and Joaquim Cuevas Casaña (2011), as well as with the hiring of a young generation (2010 and 2011): Julio Martínez Galarraga, Francisco José Medina Albaladejo, Yadira González de Lara Mingo and Alfonso Díez Minguela. David González Agudo and María Gómez León joined in 2019 and 2021 whereas Gregori Galofré-Vilà did so as a Ramón y Cajal fellow in 2023.

Regarding the history of economic ideas, Professor Lluch had three close collaborators from the beginning: Salvador Almenar Palau (1971-2010; professor in 1990), Vicent Llombart Rosa (1972-2010, dean between 1995 and 1997, professor in 1997) and Segundo Bru Parra, who moved to the Department of Political Economy in the late 1970s. Professors Almenar and Llombart made the Area a benchmark for the discipline in Spain. Under the direction of Enrique Fuentes Quintana, they contributed to the publication of Economía y economistas españoles, a leading work for the study of national economic thought. They integrated the research group into international forums, especially after the 3rd Annual Conference of The European Society for the History of Economic Thought (1999) held in Valencia, which led to the formation of the Iberian Association for the History of Economic Thought. AIHPE returned to Valencia for its Ninth Meeting (2015). Pablo Cervera Ferri, a disciple of Llombart joined in 1993, and currently teaches the subject of Contemporary Economic Thought. Pau Insa Sánchez joined in 2019.

At present, EH-Valencia members teach courses both in undergraduate and graduate degrees, and supervises Final Year Projects. The publication of Los tiempos cambian: historia de la economia (Jordi Palafox [ed.]: Tirant Humanidades, 2014), for instance, reflects a renewed collective effort to facilitate the teaching of economic history. Its members also manage different competitive research projects, participate in scientific committees of specialized journals, in national and international academic forums and in the organization of activities to promote knowledge (Iberometrics III 2007). Their research has been published in books and academic journals of national and international prestige (Economic History Review, Journal of Economic History, Explorations in Economic History, European Review of Economic History, Cliometrica…) in Economic History and History of Economic Thought. The recent implementation at the University of Valencia of the Interuniversity Doctoral Programme in Economic History (2017), a collaboration of EH-Valencia researchers with their counterparts at the universities of Barcelona and Carlos III, offers the possibility of carrying out research in the following lines: growth, economic integration and inequality; agrarian and environmental history; and financial history.